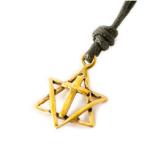 Most scientists say that there is no evidence that “ GOD “ exists, including Albert Einstein, whose many statements regarding God have been documented. I truly respect what Einstein has contributed to our collective (a yucky word!) knowledge of the Universe. But anyone who thinks that he was a believer is uninformed. I won’t clutter this article with his quotes. However, I might quote other true and also alleged scientists.

For instance, a tweet from a modern day progressive science-hero, Neil deGrasse Tyson:

Really? Can Mother Nature be seen with a telescope? Microscope? Oscilloscope?

[“Sure! Mother Nature can be seen in everything.”] But, God can’t?

Mr. Tyson, according to Patheos, a progressive secular humanist web site, in a “CBS web exclusive”:

The more I look at the universe, the less convinced I am that there is something benevolent going on…

… I look at disasters that afflict Earth, and life on Earth: volcanoes, hurricanes, tornadoes, earthquakes, disease, pestilence, congenital birth defects. You look at this list of ways that life is made miserable on Earth by natural causes, and I just ask, “How do you deal with that?”

So philosophers rose up and said, “If there is a God, God is either not all powerful or not all good.”

I have no problems if, as we probe the origins of things, we bump into the Bearded Man. If that shows up, we good to go! Okay? Not a problem.

There’s just no evidence of it.

And this is why religions are called “faiths” collectively. Because you believe something in the absence of evidence. That’s what it is! That’s why it’s called “faith”! Otherwise we would call all religions “evidence,” but we don’t, for exactly that reason.

Watch the full segment in the video below:

This is not the first time Tyson has gently and diplomatically denied the existence of God. Indeed, Tyson has made an art form out of quietly denying God’s existence while never outing himself as an atheist.

Oh, really? “…quietly denying God’s existence…? “…while never outing himself as an atheist…? Does CBS actually think that Christians and Jews do not recognize atheistic, humanist, and anti-God speech and journalistic bias? How about the Huffington-Puffington Post?

In an interview with Huffington Post in 2014, while promoting his then new television series Cosmos, the celebrated scientist gently argued that there is no evidence for the Judeo Christian god. At the time Tyson gave a remarkably similar answer to his recent response to CBS:
Read more at http://www.patheos.com/blogs/progressivesecularhumanist/2017/05/neil-degrasse-tyson-says-no-evidence-gods-existence/#ytwYoetbmPlK7J3u.99

Bill Nye On Belief In God: Explains How And Why He Is Agnostic …

Jan 22, 2014 – Host Josh Zepps relayed a question from a community member that asked Bill Nye if he believed in God. Watch the video above to see Bill …

Bill Nye, “The Science Guy”, is not a believer. I, personally, hope and pray often that there is a God of Abraham, Isaac, Jacob, and Jesus Christ Yeshua Ha-Mashiach –

I wouldn’t mind seeing proof of “MOTHER NATURE’, but she isn’t mentioned in The Bible, the Pentateuch, or any other ancient documents, as far as I know. Does she fit into the physics’ Standard Model? Where is she, Mr. Tyson?

Astrophysicist, Neil deGrasse Tyson, seems to constantly speak in the kind of generalities favored by astrologers. Scorpio: Today you will have an opportunity to make an enemy or a friend. Your attitude may be the deciding factor.

No kidding? I’m in trouble, then.

I prefer physicists who talk about classic and quantum mechanics, and non-locality, because they’re the ones who will never say that God doesn’t exist. They are incredibly intelligent people, but they will admit that there is a whole bunch of stuff (technical term) that remains outside observable qualia.

As I have previously stated, my research for my third novel, Spectrum and Principalities, led me into the venues of physics, neurology, anatomy, philosophy—and, theology, of course. I already stated that “Science” has convinced me that there is no observable-measurable evidence of spirits, paranormal events, miracles, near-death experiences, a survivable soul, or of, in Mr. Tyson’s words, “The Man in a Beard.”

Does “Mother Nature” have a beard? Mustache? Regardless, here’s a preview of one of the premises in my #4 novel:

If God doesn’t exist, then what is the value of a man’s life? George Washington has many statues—which may be destroyed by those who hate our country and its history. But, I digress. If there is no survivable soul, no eternal resurrection, and only ashes, dust, and worms’ meat, then what good are statues? How does Mr. Tyson and history judge George Washington’s next door neighbor? (What was his name?) George’s pets? His slaves? The first soldier lost under his command? The last one?

I appreciate statues honoring history, including those of Dr. Martin Luther King and Thomas Jefferson. Their lives had and have meaning. I also believe that the only way their lives have eternal meaning is if there is an eternity. Are the lives of unknown soldiers, unknown neighbors, unknown pets, and all unknown deceased human beings without eternal value?

If this life is all there is, and if Mother Nature has the final say, then why…? I can’t decide what question to ask. What difference does it make? Oh, maybe that’s the question.

Nope. There has to be a question which either proves God’s existence or proves otherwise. I need to find that question. Any suggestions? 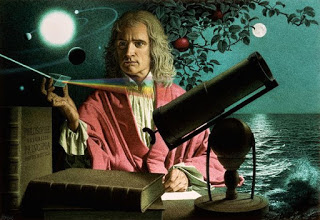 Isaac Newton Theistic Genius and Scientist By David Davis WSJIsaac Newton knew God existsThe potted history of Isaac Newton’s life is well known. Following a puritanical upbringing, Newton went to Cambridge in 1661, already a mathematical prodigy. As a professor there, he became a champion of the new mechanical sciences and redefined man’s understanding of the physical…

I joined three or four Stack Exchange communities last year as part of my Spectrum research, and because I have always been fascinated with those subjects anyway. My selections were Philosophy, Physics, Electrical Engineering, Christianity, and something else which escapes me at this moment. I impulsively jumped into an electrical question within my first week. Having been a journeyman, master, and electrical contractor (second generation), I found one which I felt pretty confident about, especially since I taught an electrical apprenticeship class for fourteen years. Some guy from Puerto Rico took a picture of the pole-mounted transformer which connected the power company to his house. He had asked, “What is that thing?”

I thought, ‘Man, I knows this sh*^!’ I proudly explained that it was a transformer! It had a single phase high voltage primary (two wire), and, a single phase, three-wire 240V/120V secondary. Two ungrounded conductors accounted for the 240V part. A neutral (grounded conductor) was “derived” by center tapping the secondary windings and establishing a connection to the ‘earth ground,’ thereby permitting 120V connections between a neutral and either one of the ungrounded conductors. My mistake was in asking the man if Puerto Rico’s power companies distributed electrical power in 50hertz (common in the Caribbean and Europe) frequency or 60hertz, which is the USA standard.

The only response I got was from an SE moderator, who tersely explained to me that if I chose to give answers to questions, by rules I was not supposed to ask questions. Okay, I accepted the rebuff. However, things got worse when I conspired to ask a question in the Physics community. Relative to my previous post, Non-locality, I decided to ask, Why is nonlocality being ignored when examining the Mind-Body Question? I referenced a particular book and its esteemed author. Well…! I had 3 or 4 moderators telling me that I need to provide more specifics regarding the nature of my question. “Which non-locality are you talking about? Quantum nonlocality?” “Could you give some context from [the book] in order to clarify your question…” I tried giving clarifications, but they were not sufficiently structured enough to interest the community. I finally withdrew my question.

With my tail tucked between my legs, I sulked for a few weeks. But my OCD eventually provoked me into asking a question on the Christianity site. I was certain (and remain so) that I had a question worthy of consideration if not a definitive answer. I asked, Is it premonition, prediction, or Divine prophesy? In Mark 14:30, Peter had proclaimed his faithfulness to be better than that of anyone else. Bad mistake.

NIV :  “Truly I tell you,” Jesus answered, “today—yes, tonight—before the rooster crows twice you yourself will disown me three times.”
So, anyway, I wanted to point out that if that rooster had crowed only once, there was a problem. Moreover, If Peter hadn’t denied Jesus three times before, say, 6:30 A.M. on a Friday morning, before the rooster made any noise at all, there was and is a problem.
Here’s my point: If prophesy such as that one can be so exact, then it is not a matter of really good guessing. It means that Jesus knew exactly what would happen, and when. He didn’t just have a vision. He saw it–and, He had seen it all before, when he wrote The Book of Life, when He designed and created the Universe. So what’s the big deal?
If–and it’s a big IF–it all went down as recorded, then as Christian, Bible believers, we must admit that Predestination and a super-deterministic view of the Universe must prevail. Chance and any Randomness does not permit that degree of accuracy. It’s true that everything happens for a reason, in my opinion. But it’s also true that everything happens exactly as written. God exists outside the boundaries of our 4-D Space-Time Continuum. He created–wrote–the whole thing, from beginning to end. He sees the beginning, the end, and everything in between from a perspective we cannot enjoy.
Free Will sure seems logical, undeniable, when we have choices to make. Actually, in theory we can make choices. However, like characters in a novel, nobody is going to go off script. Free will is an illusion.
Nonetheless, the Stack Exchange moderators immediately put my question on “hold.” They stated that it needed to be reworded in order to merit response. Whatever. I did get response from a guy whose Username was Karimson. It didn’t take long for me to realize three things about Mr. Karimson: He was a Muslim, he didn’t know much more than me about Christianity, Philosophy, and Physics–and, he likely lurked around the Christianity site in order to troll Christians. He never attempted to directly answer any of my arguments. I kept trying for a while. His responses were so clearly designed to ridicule any Christian doctrinal tenets that I quickly realized that I was wrestling with a pig. The pig enjoys it, you may recall. The moderators mostly ignored the pig. he was my problem, not theirs.
Finally, I also put in my two cents worth on another question, a matter of abortion. Skipping all of the unimportant details, I stated that “Science” ought to be able to say when Human life begins. If not the hour, or the day, at least the week shouldn’t be too much to ask from people who can map out the first, incredible 3 or 4 “epochs” which occurred following the Big Bang (each epoch involved astounding events, and those first epochs occurred in a time span measured in seconds and minutes. The whole Universe was pretty much established in about five minutes). BOOM! So why can’t Science say when a fetus becomes a human being? It does happen, right? Is it the minute before birth? A day before? A week? A month? Give me an educated guess.

I was told that it is a nominative question, meaning that there is no way science can know the answer.
Really?
*(recommended for you) “Crystal Blue Persuasion” – Tommy James and the Shondells